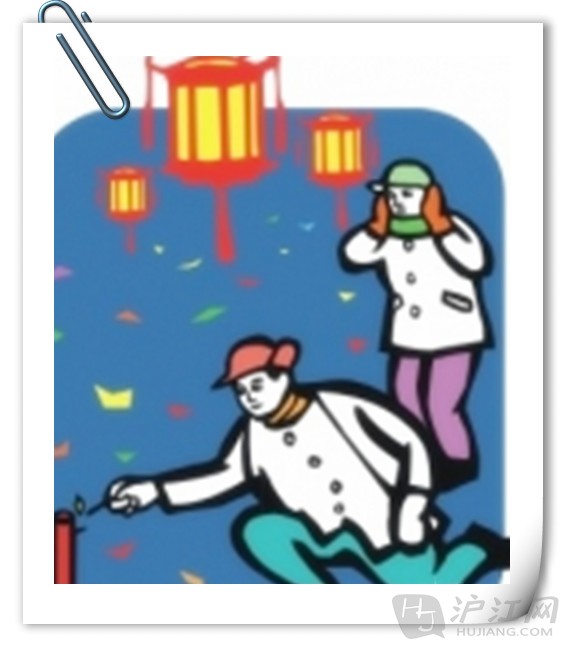 On the Friday afternoon,the long-awaited New Year‘s party of our class officially started!

Class did not use the color bars and other decorative bells and whistles too, but posted in each window of the bars and I think these little decorated than the other classes Rounds. The rescheduling of the class seats are also a bit in the middle leaving a lot of neutral gear, give the students performances. Because I came relatively late, sitting in the last.

New Year‘s Day party started, and Ning-Ling and Zhou Zhengyang come for a very boring speech. Finally, the first on the program began. Programs are more, I can not describe each of the following I will highlight a number of given me a deep impression on the program bar.

Zhou Zhengyang walked classroom center, said with a smile: Here, there are requests I Zhengrong, Hu Yi-dong, Wang BenBen, DONG Bing-sing for our speech that we are very familiar pop songs - Pungent . Thunderous applause, students They are excited, and some even knock on the table when the drum. They are four you push me, I pull you will come up. Four lined type, a man sang a has begun. Days, they are too timid, and even dare to sing Jay Chou‘s song, not to mention classes and Wang Jia Lao teachers are at the scene, how they dare to sing? ! Hu Yi-dong made a start gun, he did not sing loud noise, but the first one to eat crab people need courage; the second is king Ben Ben, he changed the past of the fierce, turned into a very m applauded. Because they have the head, back, and Zan Wu Ching-hui brazenly sang on Jolin Tsai‘s Thirty-Six Stratagems of love.

There is also a program is performing sketches Gong contingent. She speaks of the vivid, very funny, and she mimics the voice of an old township 8, really, as it is the opposite! Her performance won the rounds of applause and laughter, I really worthy of a female comedy king!